In an amazing turn of events, Facebook Inc will be forced to pay a record-breaking $5 billion fine due to the outcome of the US governments probe into Facebook’s privacy practices. As part of the FTC settlement, Facebook will also build new tools and help implement safeguards for user’s data.
The FTC settlement is made up of: 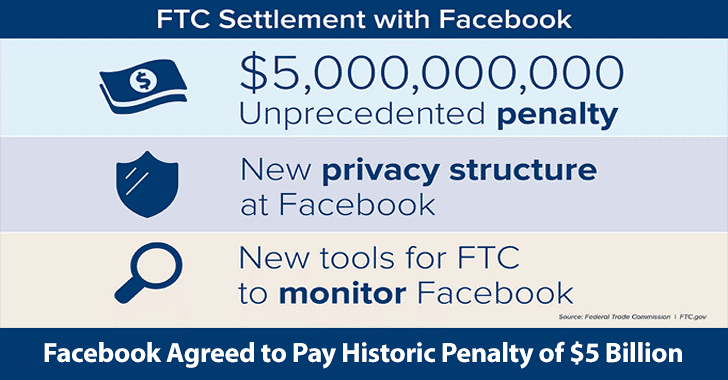 Republican FTC Chairman Joe Simons stressed that the FTC’s limited authority and desire to avoid a long court fight.
“Would it have been nice to get more, to get $10 billion, instead of $5 billion for example, to get greater restrictions on how Facebook collects uses and shares data?” he asked at a press conference. “We did not have those options. We cannot impose such things by our own fiat.”

Democratic FTC Commissioner Rohit Chopra complained that the penalty to Facebook provided “blanket immunity” for all Facebook executives” and no real restraints on the actual running of the core business within Facebook and that nothing would change.

Comments from Facebook confirmed it would pay the $5 billion fine and said the settlement would provide “a comprehensive new framework for protecting people’s privacy.” Facebook’s shares closed about 1% higher.

Previous Post
Events, alerts and incidents, should I care?
Next Post
Why should I use a penetration testing company?